I have been trading CX

I have been trading CX a little and wondering if the daily chart has the dreaded candle setting up? Very extended for sure.

The McClellan Price Oscillator for gold futures prices has reached a pretty high level, equivalent to what it did at the price top in March 2022, and it has just now turned down.  This is a bearish signal and could set off a pretty big pullback.

The McClellan Price Oscillator is a cousin of the more famous McClellan A-D Oscillator.  My parents created both of these back in 1969.  That research grew out of their desire to get a better signal than could be gotten from looking just at moving averages alone.  Together, they wondered about finding the difference between two moving averages, and this was well ahead of when Gerald Appel did the same thing with his Moving Average Convergence-Divergence (MACD) indicator.

A McClellan Price Oscillator employs prices for any stock, index, commodity, or futures price series.  One calculates two exponential moving averages(EMAs), known as the 10% Trend and 5% Trend.  Those percentage numbers refer to the “smoothing constant” used in the calculation of each EMA.  The smoothing constant governs how much weight is given to the most recent data, so for calculating a 10% Trend you would multiply today’s closing price by 10%, and then add that to 90% of yesterday’s 10% Trend value.  A larger smoothing constant means a faster response to price movements.

The chart below shows the 10% Trend (red) and 5% Trend (green) for the April gold futures contract.  The fact that they have become spread far apart is another way of saying that the Price Oscillator has risen to a high value, because the Price Oscillator represents the distance between those two EMAs.

That supply on TSLA is

With OIH backing off the

Good luck I saw him

Good luck I saw him too.

With the US presidential election

With the US presidential election on Tuesday, Nov. 5, 2024, we are in a pre-election year. In case you believe in cycles

If we look at the S&P 500, we see that the first quarter of a pre-election year has been positive 17 out of 18 times since 1950, with the index rising by an average of +7.4%. This was also the best quarter of the entire four-year presidential cycle. On top of that, the second quarter has been quite good as well. 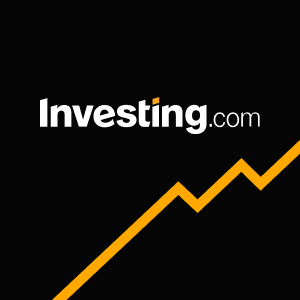 Boy have the small drillers

Boy have the small drillers given it all back so quickly. NINE RIG BKR etc. Too many algos and small traders ready to pull the trigger.

EVEN WOLF missed on earnings

EVEN WOLF missed on earnings down 7 percent last night but recovering a lot this a.m.  I did take half of my INTC shares off on opening 30.09 . Just being careful

INTC had large call buyers according to Fast Money last night. So I bought some stock 29.88 premarket. Even the dead Semis are perking up for now.

With $3 support taken out

The much-touted $3 support for natural gasis history, but is it game over for the bears?  From Investing.com today

BPT is the Money Multiplier